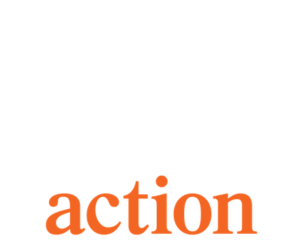 Groundbreaking Legislation Has the Potential to Spare Animals, Bring Safer and Better Treatments to Patients, and Drive Down Drug Prices

The bill, S.5002, led and introduced by Senators Rand Paul, R-Ky. and Cory Booker, D-N.J., eliminates a federal mandate for animal testing for new drugs and holds the promise of delivering a dramatic reduction in animal testing by pharmaceutical companies, academic institutions, and government agencies in the United States.

As chair of the committee with jurisdiction over health policy, Senator Murray endorsed the legislation, signaling to all Democrats that the bill warranted their support. Senator Richard Burr, R-N.C. and the Ranking Member of HELP, played a similar role by orienting Republicans to support the measure. The measure passed by Unanimous Consent on Thursday and now heads to the House, where it is expected to pass after the election.

S. 5002 also includes language from an additional proposed reform, the Reducing Animal Testing Act, authored by Senator Ben Ray Lujan, D-N.M., to amend the Public Health Service Act to remove the animal testing requirement for biosimilars. S. 5002 mirrors provisions of the original FDA Modernization Act provision approved as an amendment to S. 4348, the Food and Drug Administration Safety and Landmark Advancements Act, taken up in June by the Senate HELP Committee. There as well, Senator Murray was instrumental in securing committee passage of that amendment, which was the template for S. 5002.

The House approved a similar amendment to H.R. 7667, the Food and Drug Amendments of 2002, in June. Congresswoman Cathy McMorris Rodgers, R-Wash., the ranking member of the House Energy & Commerce Committee, strongly backed the legislation and was instrumental in that measure’s passage.

“Senator Murray and Representative McMorris Rodgers rightly recognize that the United States must lift an archaic animal-testing mandate for drug development and replace that strategy with 21st-century methods grounded on human biology,” said Wayne Pacelle, president of Animal Wellness Action. “This is the biggest policy development in Congressional history on the fight to replace animal testing with morally and scientifically superior methods, and we are grateful for the crucial roles that both of these veteran lawmakers are playing on this subject.”

“It’s no small matter for the U.S. Senate to approve this major animal welfare and health-policy measure, and Senator Murray was at the center of the effort,” said Jennifer McCausland, senior vice president for corporate policy for the Center for a Humane Economy. “Her seniority has been pivotal in this major outcome to reboot our drug development paradigm.” McCausland is based in Seattle.

This groundbreaking legislation has the potential in the coming years to reduce the use of millions of animals and to deliver safer, more effective drugs to patients. Data show that it typically takes 10 to 15 years and an average investment of $1 billion and up to $6 billion for a new drug. Animal tests are typically non-predictive of the human response to drugs, failing in 90 percent of human trials.