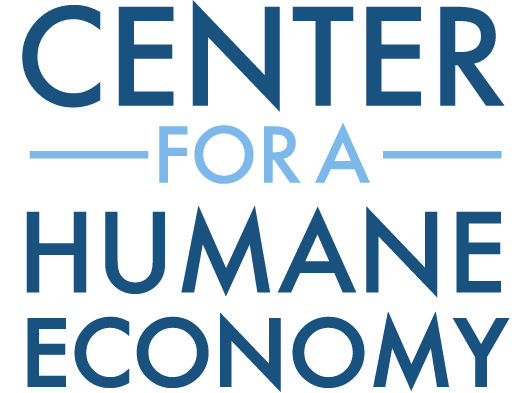 Board member
Center for a Humane Economy

Dr. Boss is a general internist at the University of California San Diego (UCSD), having received his clinical training at The Johns Hopkins Hospital. He has been chair of numerous UCSD School of Medicine and campus committees and served as Director of the Internal Medicine Residency Program at UCSD for 10 years and as Co-Director of the Internal Medicine third year clinical core clerkship for seven years. He is principal investigator of a Physician-Scientist Research Training Program and of a Science Education Partnership Award Program designed to increase the number of under-represented minorities pursuing a health sciences career. Gerry has had a life-long interest in animal welfare, having fostered over 100 dogs and cats and serving on the board of a local low-cost spay-neuter organization.   With his wife, he helps build houses in Mexico and supports adoption and care of Mexican dogs and cats.

Director of Research and Regulatory Policy, Center for a Humane Economy

Tamara’s 30-year career included founding and running a successful nonprofit and working in busy, high profile law firms. She was also a volunteer Emergency Medical Technician (EMT) and EMT instructor. Drake coordinates research regarding regulatory testing methods for new product development, monitors agency rule-making changes, and drafts guidance policies. She has co-authored three Citizen’s Petitions to the US Food and Drug Administration on behalf of the Center for Responsible Science, requesting regulatory change to update decades-old preclinical testing requirements, to allow for and incentivize use of human-relevant test methods. Drake also coordinated litigation in Center for Responsible Science v. Norman E. Sharpless, MD, in his official capacity as Acting Commissioner of the Food and Drug Administration in DC District Court and the United States Court of Appeals, for the District of Columbia.

Graduating with his veterinary medicine degree and doctorate in epidemiology from the University of Illinois College of Veterinary Medicine, Dr. Keen has 30 years of experience in veterinary and biomedical research, with a specialty in livestock infectious disease issues, public health and more recently, industrial farm animal protection and advocacy.

Deputy Director of Humane Science, Center for a Humane Economy

Barbara has worked for nearly three decades in numerous roles at several national animal protection organizations. In 2014, she founded Citizens for Alternatives for Animal Research and Experimentation (CAARE), to see significant change for animals used in experiments.

CAARE engages in education, legislation and advocacy to promote the replacement of animals in research with modern and superior methods.

CAARE’s advocacy work has successfully ended lethal experiments on beagles at University of Missouri, and a decades long experiment on cats at The State University of New York, College of Optometry.

Prior to starting CAARE, Barbara worked for over two decades, coordinating numerous campaigns to protest animal abuse in corporate, university and government laboratories, including several that led to the termination of experiments.

Barbara holds a bachelor’s degree from Sarah Lawrence College and a degree in nursing from Excelsior College. After working as a Registered Nurse for twelve years, she now applies her knowledge of clinical medicine and health care needs to exposing the unjustified use of animals in science and medicine.

Dr. David Gortler is former member of the FDA Senior Executive Leadership team where he served a senior advisor to the FDA Commissioner from 2019 to 2021.  He is a former professor of pharmacology, biotechnology, and FDA regulatory affairs at the Yale University School of Medicine, where he also served as a faculty member at Yale’s Bioethics Center.  He had previously served as an FDA Medical Officer in charge of evaluating and approving new drugs.  Prior to his professorship at Yale, he had completed his postdoctoral fellowship at Yale University in molecular biology pharmacology with an emphasis in vascular medicine which required extensive experimentation using animals.  Transitioning away from animal testing in favor of newer, state-of-the-art technology is one of the multitude of projects Dr. Gortler had been advancing to reform and modernize the FDA before leaving the FDA in 2020.  Dr. Gortler is currently a health care policy scholar at the Ethics and Public Policy Center Think Tank in Washington, D.C.

A summa cum laud graduate of the University of San Diego Law School, Kristina Hancock serves as senior counsel in the private client and tax team at Withers Bergman LLP, focusing on nonprofit and tax-exempt organizations. She serves as corporate counsel to large and small NGOs, including public charities, family and corporate foundations, social welfare organizations, lobbying entities, universities, and museums. She works extensively with organizations focused on foreign charitable operations and has organized and provided ongoing oversight for operations and project funding in Afghanistan, Africa, Central America, China, India, Mexico, South America, and Spain. Starting in 2000, she developed a curriculum for and taught Animal Law, at Cal Western School of Law, as an adjunct professor. Kristina co-founded the American Bar Association’s first Animal Law Committee and served as its Chair during 2006-2007. She is currently on sabbatical pursuing a graduate degree in Climate Science at Scripps Institute of Oceanography.

Dr. McCall has more than twenty years of experience in the pharmaceutical industry, having worked for more than a decade each in increasingly senior positions in specialty pharma and life sciences services companies. He has a proven track record of success in leading and growing start-up, small, and medium-sized organizations. He has been a managing partner and/or CEO at four companies. Dr. McCall has consistently been successful in building value through a disciplined business approach which includes, but is not limited to, cost rationalization and expense management resulting in industry- leading margins, hands-on and effective engagement with clients, FDA, and other stakeholders, active participation with the sales and marketing organizations to significantly improve top-line results, and top-grading talent at all levels. He has extensive experience with growing and transforming companies and developing entities into successful, sustainable organizations. Dr. McCall has significant expertise in acquiring, integrating, and selling companies, having been involved with more than ten such transactions.

Dr. Wilcox served at the Food and Drug Administration (FDA) as a science and regulatory expert, including Veterinary Medical Officer, Center for Veterinary Medicine; Senior Science Policy Officer, Office of Science, Office of the Commissioner and Science Policy Analyst, Office of Colors and Cosmetics, Center for Food Safety and Applied Nutrition. Dr. Wilcox brings substantive international understanding of product safety, regulatory affairs, quality control and clinical study management as related to numerous product types including consumer products, cosmetics, over-the-counter drugs, medical devices and veterinary products. Dr. Wilcox is experienced in the review of new drug applications for regulatory approval and was actively involved in the development of science policy for FDA-regulated products. He represented FDA on all issues related to alternatives to animal testing and was responsible for developing FDA’s policies related to alternatives. Dr. Wilcox chaired the Interagency Regulatory Alternatives Group (IRAG) and was instrumental in developing the strategy and implementation for the Interagency Coordinating Committee on the Validation of Alternative Methods (ICCVAM). Dr. Wilcox graduated Cum Laude from Michigan State University’s School of Veterinary Medicine with a Doctor of Veterinary Medicine (DVM). He also holds a Master of Public Health (MPH) in Public Health Policy and Administration (PHPA) from the University of Michigan. Dr. Wilcox is currently an independent consultant.

Tell your legislators to support updates to the archaic, unreliable US Food and Drug Administration (FDA) animal testing requirements for human drugs​

© 2020 Center for a Humane Economy | All Rights Reserved